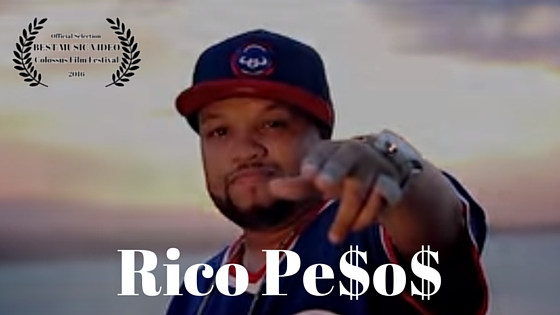 As part of our media cooperation with Rodos Film Festival, we are highlighting the video submissions as well as the ones that have been officially selected.

There is no better way to start this section than introducing the world to Bog Entertainment Latin Hip-Hop owner and artist Rico Pe$o$. The strong contender for an first annual Best Music Video Award is currently on tour in the Dominican Republic but is expected to tour extensively throughout Europe the latter part of 2016 and/or early 2017.